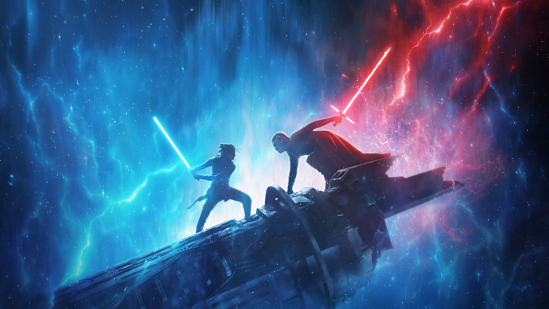 Continuing my fine tradition of filling my author blog with ramblings about films, here’s some ramblings about the ninth and final (until Disney wants to cash in again) film in the Skywalker saga.

I won’t be writing too much about it for now, as I haven’t had time for it all to sink in (and I left the cinema actually liking The Last Jedi, so I’ve learned to think for longer before giving much of an opinion). So there won’t be spoilers.

JJ Abrams was left with an absolute mess to try to tidy up and bring into order in just one film, whilst simultaneously delivering a finale to a more than forty-year-old saga. He did okay. He could have done better in some areas, but he could have done a lot worse. It seems like he went into it with the resolution to just ignore TLJ where he could and flippantly dismiss it where he couldn’t ignore it. This resulted in a film that didn’t entirely feel like it was a follow on, but did feel like a return to what the trilogy was originally supposed to be.

The downside to this is that it seems painfully obvious that Emperor Palpatine was never meant to return, and only did so because a certain director wanted so desperately to ‘subvert expectations’ that he off’d the main villain without thought for the next writers and director. Sidious does little and never feels like a threat. If anything, it weakens his character overall to have him back just for this.

Because of the time jump between the two films, Rey has actually had time to train and learn from the Jedi texts, so when she uses the Force, it actually seems like she has done something to earn it, and it makes sense. This is welcome departure from how, in The Force Awakens, she goes from not knowing for sure that the Jedi are real to suddenly doing a Jedi Mind Trick on James Bond out of nowhere. Revelations regarding her are a little weak and predictable, but I would almost say that doesn’t matter if it weren’t for the fact that it is at the core of the story. She is less two-dimensional this time, and actually feels more like she is driving the story rather than just sitting in for the ride while stuff happens. 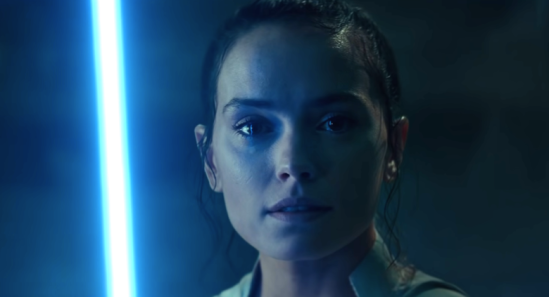 There were more surprises in terms of what wasn’t in the film that what was. Expected scenes, characters, and lines not being there was a minor disappointment, but by the end of the film, any unanswered questions and issues I had were mild and pretty unimportant. Only one thing happened that I was certain I did not want to happen, and that will remain a black mark on the film/trilogy. But it wasn’t enough to make me unhappy with the film overall. And, for me, the final line in the film is perfect (even if the character it’s delivered to makes no sense).

So, while I need to think about it more to really form an opinion, I think overall the trilogy and the saga ended pretty well. You could say it rises to the occasion…if you want people to roll their eyes at you. Not as well as Star Wars deserves, but well enough.

(EDIT: My brain was obviously thinking about it while I slept, because I woke up with a lot more questions starting with ‘why the hell’. A lot more issues came to mind, and things that happened just for story convenience, typical Abrams style. But nothing (yet) has changed my mind overall.)

Also my book is out, so…there’s my authorly duty.

Find all e-formats on Smashwords.