The second book in the NEXUS science fantasy series is now available! I might even give a second exclamation mark to it -> !

Presently it is available for Kindle on Amazon (UK and US) and for all other E-formats on Smashwords. Over the coming days, it will become available in e-formats from Barnes & Noble, Kobo, Diesel, Sony and Apple’s iBookstore. It will also, very soon, be available in paperback.

Don’t worry if you haven’t read the first book of the series – this is standalone. You don’t need to have read Shadow of the Wraith first, but if you have, you’ll get a little bit more out of it!

Keep an eye on the reviews page, as there are at least two review blogs preparing to post their reviews soon.

So lastly, here’s the cover and the blurb: 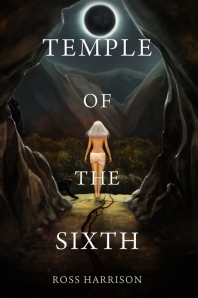 When omens of the End Times appear across the galaxy, it signals the start of a war between two immortal forces – the Celestians and the Hierarchy. The Hierarchy have learnt and adapted since they last waged war, forcing the Celestians to enlist the aid of mortals to free a kidnapped god.

Thardriik Jhunassi Kortlyn III – Theak – was a private detective. For a day. Then came the incident with the dead puppy and the inevitable end of his crime-fighting career. Despite his flaws, Theak is a clear choice for the Celestians, and he is drawn into the centre of a battle that will decide the fate of the galaxy.

Time is something the Celestians’ heroes do not have as the Hierarchy’s infection spreads across countless worlds, bending every living creature to their will. With the heroes’ every step bringing them closer towards one final battle, there is only one question: can they defeat an ancient and immortal enemy?