This article/rant was, again, was originally written for Uproar Comics. Continuing my quest to have some kind of content on my blog now and then.

Media and somewhat brainless parents alike are fond of blaming computer games (I don’t the term video games – it’s too American) for…well, just about everything. If you haven’t heard arguments about how a game caused someone to go and shoot people, or fly into a rage and kill their family, then you’ve probably been residing beneath a rock for many years. The mildest argument is that games reduce people’s IQ, and they’re for children, so if you’re an adult and play games, you should grow up and get out more.

Let’s take the first part. A lot of violence and killing has been attributed to games. Mostly, I think it’s fair to say, by the atrociously incompetent and biased Fox News. Fox News is quite well known for exaggerating, misleading and outright lying. They bring in ‘experts’ who aren’t experts in anything relevant to their news story.

An easy, well known example of Fox’s hate-spewing is when they set their sights on Mass Effect. It was a long time ago now, but still stands up as a good example of biased reporting from the media. The following could be applied, with a few names and terms changed slightly, to almost any news story about a game. 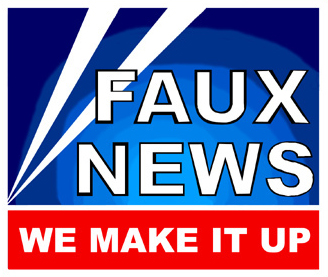 The news report/discussion started out by showing a short trailer for the game. As the trailer came to an end, their headline and subtitle popped up. “SE”XBOX. That was the headline, ‘cleverly’ placed quotes included. Followed by ‘New Video Game Shows Full Digital Nudity And Sex’.

Now, for anyone who played the game, it was immediately apparent that Fox either had gone into this without doing any research whatsoever or had simply decided to outright lie. For those who haven’t played, there is one scene in the game where, if you have chosen to pursue a romantic relationship with one of your companions, it results in a bedroom scene. The scene consists of a brief montage, lasting about a minute and then fading to black. If you count seeing a person’s back as nudity, then the subtitle is spot on. To watch the scene in question, click here.

It then cut to the reporter – and frankly, with Fox, you have to use the term loosely – already with her nose turned up as though she’d just watched someone kick a puppy. She went on to claim that the game contains graphic sex, where the player gets to decide what happens, ‘If you know what I mean’. Well, actually, she didn’t know what she meant.

From here, it pretty much went downhill. Lies, a lack of understanding, a lack of simple common sense, a fake ‘expert’ who knew absolutely nothing about games (a ‘psychology specialist’ and author), and a dedication to shutting down the one person who was there on the side of games. That person was Geoff Keighley, fairly well known in the industry as a game journalist and presenter.

Of course, the first thing Geoff Keighley asked the ‘expert’ is whether or not she’d ever played the game. She answered no, with a laugh, as though it were obvious. Well, actually it is obvious, from each word that comes out of her mouth. That kind of shows the level the media are working at when reporting on games, doesn’t it? The reporter hadn’t played the game and even the ‘expert’ they brought on to talk about it hadn’t played the game. This style of ‘reporting’ is repeated again and again, not just by Fox – although they certainly seem to have it in for games. I think games may have run over their dog once.

Halfway through the report, the reporter said goodbye to Geoff Keighley, after talking over him and allowing the ‘expert’ to be incredibly condescending and spew more lies. She then turned to a panel of people, all of whom were, of course, fully against games (and fully ignorant of them). ‘Luke Skywalker meets Debbie Does Dallas’, one of them called the game. They seem horrified at the idea that they might have to be involved in their child’s life, by actually looking at the box to see the rating! How awful for them! You don’t have to do that with films or TV, do you? You don’t have children to look after them responsibly!

That is just one example, old yet somehow fresh and current. Actually, after that, the Fox ‘expert’ had to issue an apology, admitting that before the show she’d simply asked someone else what they had heard about the game.

The sad thing is that people – parents mostly – who know nothing about games, don’t know any better than to listen to these reports. The fact that the words ‘expert’ or ‘specialist’ are used when they bring people on to attack games makes them think that they should listen, not even considering how the person’s expertise is in a field entirely unrelated to games. 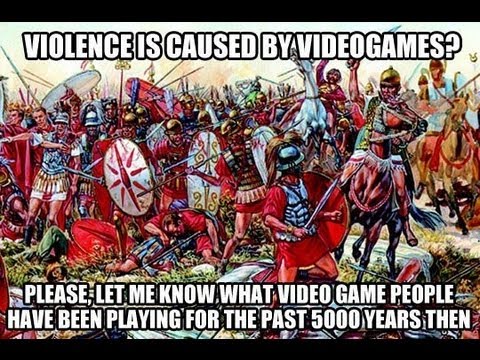 Games have been called murder simulators, sex simulators, they’ve been referred to as training devices. After a school shooting in 2009, the (old) game Counter-Strike was blamed. The shooter supposedly ‘enjoyed the game’, and they claimed that he used it to train to shoot people. They said he was dressed like the characters in the game. In reality, he was wearing black. That’s their idea of dressing like the characters. Clearly they’ve never been to a convention and seen cosplay.

The baby had signs of a broken arm, suffered weeks before she died. The parents had a history of neglecting the child. Even the killer’s comments in court showed there’s something wrong with him. Sociopath, psychopath…I’m not a doctor.

So do we think that it’s fair to say that the kind of people who would commit such violence would do so with or without games? Those who snap over a game would snap over bumping their arm on a door, or burning their mouth on a hot coffee. I don’t think Hitler played Call of Duty. I don’t think Genghis Khan played Counter-Strike. Games are just the newest scapegoat for a sick and violent species.

Similar things were said for television. The last thing was comic books. When comic books were new, they were an evil blight on children. According to ‘studies’, one particular comic book taught ‘sadistic tendencies in kids’. That comic was Superman. The symbol of hope. The boy scout, who does no wrong.

But that must be because games have lowered Japan’s IQ so much that they don’t know how to leave the house to commit crimes, right? Because games make us so stupid. Except that tests have shown that games improve cognitive flexibility. They encourage creative problem solving and ‘thinking outside the box’. They improve reflexes and reaction time. They improve the capacity for learning.

Now compare that to TV. Tell me how gamers are lazy. Explain how it’s better to sit on your sofa in front of a TV, letting it all just wash over you, not having to think for a moment, just staring at it for hours. That’s far better than a game where you have to think about how to proceed, solve problems and puzzles, engage in and push forward a storyline. Right?

And as for ‘Aren’t you a little old to be playing games?’, perhaps the answer should be ‘Aren’t you a little too intelligent to spew disproved, old-fashioned nonsense?’ Statistics show that, in America (keeping with a large country), the highest percentage of gamers are over 36 years old. The average age of gamers is 30. And in case you’re wondering, the myth about it only being ‘for boys’ is dispelled by the 45% of female gamers.

It’s so immature to enjoy interactive storytelling, isn’t it?

So the next time someone suggests that games promote violence, or are for children, you can gently suggest that they take ten seconds to look up the facts.