…and other miscellaneous stuff not mentioned in the title.*

I almost spelled miscellaneous without my browser’s help! Which would be mildly impressive if I weren’t supposed to be a writer.

I haven’t written anything other than the book tour posts for quite a while, and I still can’t think of anything much to say, so I thought I’d ramble about some stuff. Starting, and quite possibly comprising entirely of, the Agents of SHIELD finale.

For anyone who doesn’t know, Agents of SHIELD is a spin-off from Marvel’s Avengers. SHIELD is, of course, the government agency put together to protect people from stuff. They are the ones who put together the Avengers initiative. The TV series is headed by Agent Coulson, who has a small role in some of the Avengers’ solo films (Iron Man 1 & 2, Thor…and off the top of my head I think that’s all) and then another small, but pivotal, role in the Avengers film itself (or Avengers Assemble in the UK, since apparently we can’t tell the difference between the Hulk and Mrs Peel). 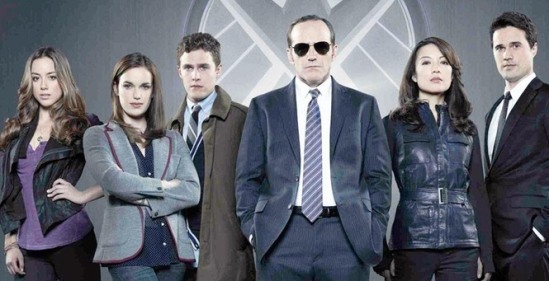 Agents of SHIELD started off a little too cheesy for my liking, but I decided to give it more of a chance, because I like Agent Coulson a lot. He is very stand-out in the films for someone who has so little screen time. He also always manages to say something funny, even in the most serious of situations, without taking away from that seriousness. I’m glad I did, because the show gets better and better. And better. The acting, CGI, story and general writing all improves quite drastically over the course of a single season. In fact, it has come so far in a short time that it feels to me like I watched the end of the second, or even third, season rather than only the first.

As soon as it got its talons (’cause the SHIELD symbol is a bird! Get it?) into a solid overarching storyline, it really got going, and took some turns that I thought were actually quite brave for any TV show, let alone one that has such a mixed reception.

There are two main plot points that stand out to me. First is the reason Coulson is alive and not dead. He died in the Avengers, and I think it was really only due to fan outrage that Joss Whedon decided to bring him back. Coulson believes that he only died for a short while, but the EMTs arrived in time to revive him. Nick Fury then used his supposed death to unite the Avengers. This is not so subtly disproved by Shepherd Book’s (or whatever his name is in this) line of ‘He really doesn’t know, does he?’ It’s an absolutely terrible line, badly delivered, and contributed to me wondering if this was going to be a worthwhile show. However, now we were all wondering what really happened to Coulson.

Over the course of the season, Coulson begins to wonder as well. A nice touch is that every time anyone mentions Tahiti – where he supposedly spent his R&R time – he is compelled to respond with ‘It’s a magical place’. To begin with, this seems like an amusing quirk of Coulson’s, until you realise that it really is a compulsion. Then he realises too. And it’s a surprisingly impactful moment when he does, because he’s always such a believer in SHIELD that when he starts to doubt what he’s been told by them, you really feel sorry for him.

In short, he discovers that SHIELD scientists brought him back to life with a controversial process, and that he was begging them to let him die the entire time. Which is quite sad. As though that weren’t bad enough, he then discovers that the drug they used was being harvested from some kind of alien who appeared to have been cut in half at some point. It looked a bit like a Frost Giant (from Thor), but according to internet consensus, it isn’t. And then as though THAT weren’t bad enough, he discovers that he was overseeing the research for the project, which was being put together in case an Avenger fell, and told Nick ‘Motherf*$#ing’ Fury in no uncertain terms that the project should not continue, as too many psychological issues arose from the process.

The second plot point was the brave one, I thought. I don’t really remember any other show that has done it. My memory isn’t the best, though, and I’m sure it has been done at some point. Episode 17 reveals that one of Coulson’s team – Ward – is actually a Hydra agent. And it’s not one of those ‘Oh, really he’s a SHIELD agent pretending to be a Hyrda agent pretending to be a SHIELD agent’ things. Nor does he have a change of heart at the end and save their lives. He’s simply a traitor. I thought, after nearly a full season of him protecting the team and whatnot, this was quite a brave direction to take. That said, I have to say I think Ward was the weakest character and actor. He was a little too stereotypical, generic tough guy. The actress who plays Skye seems to have realised that her looks alone won’t pull her through, and so has improved her acting a lot, but Ward hasn’t changed. 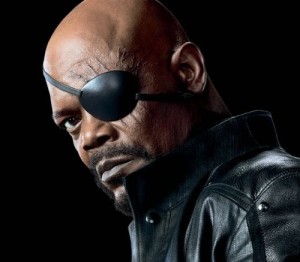 Lastly, I wanted to rave about the finale, which inspired me to write this meandering post. It was very good. It was, by far, the best episode of the season. It was let down only by Bill Paxton’s overacting. He was fine up till this episode, but then his character went a tad crazy. But what I liked most about the episode was Samuel L Jackson’s appearance (as Nick Fury, obviously). I never read about the TV shows I’m watching, so I never know what’s going to happen or who’s going to be in it, etc. If I wasn’t so oblivious, I would have guessed that he’d be in it, but…I am and I didn’t.

‘FitzSimmons’ – the team’s scientific duo – are trapped in a storage unit at the bottom of the ocean, after having been ejected from their plane by Ward. They work out a way to escape, but the problem is that they’ll still be in the middle of the ocean with the bends and nobody looking for them. Fitz rigged up a weak transponder thingy, but it’s on a SHIELD frequency, which no one will be listening for. The other problem is that they only have enough air for one of them to survive. Fitz, being in love with Simmons, makes her take it. Before she can argue too much, he blasts the window out and the ocean surges in.

It’s a pretty good scene in itself, with the air flooding out of the window, followed by Simmons. Then we see that she’s dragging the unconscious Fitz with her. They reach the surface and she starts shouting for help. There’s no telling if she’s just vainly shouting at nothing, or if she can actually see something. The camera follows her underwater several times as she struggles to stay afloat, and then suddenly, it breaches the surface and Nick Fury is staring down at her! Hanging out of a helicopter and reaching for her hand. It’s very good, even if it is a ludicrous idea that a helicopter would hover that low over someone in the sea… It turns out someone was listening on that frequency. If I hadn’t had a cat on my knee, I might have leapt to my feet in excitement and broken into the American national anthem, probably while a bald eagle swooped in to land on my shoulder. But the cat was sleeping.

Fury has a bit more than a cameo this time, and even shoots someone. His justification of what they did to Coulson is, on the one hand, a little weak, but on the other, kind of makes you proud of Coulson. Basically, Coulson says that program was only ever meant for a fallen Avenger, to which Fury replies ‘Exactly!’ He might as well have given Coulson a big hug, for how much that simple statement would have meant to him.

Anyway, the meandering ramblings have run out. It was a very good finale, and I enjoyed it even more than the Arrow finale, which I also watched last night. I’m looking forward to the next season of both (and I’m relieved that Agents of SHIELD has actually been renewed for a second season, as it was a bit touch and go). 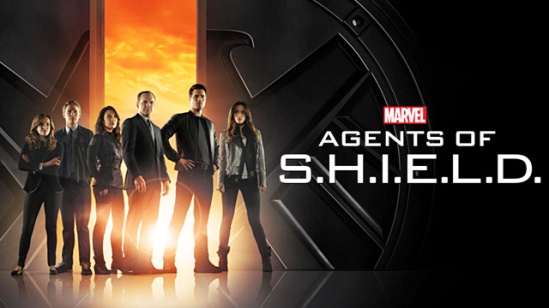 It turns out I have not written about other miscellaneous stuff after all. May The Force Be With You, or something.