Writers can get people into and out of trouble with a handful of eloquent words and some convenient coincidences. It’s no wonder then that we are the first people you turn to for advice on how not to die and stuff. With this in mind, I have decided to take on the heavy burden of writing some guides for that very purpose – to save lives!

Disclaimer: Following these guidelines may result in death.

Next up on the list of things you, the Hero, may get into trouble with is surviving the deathly grasp of nature. 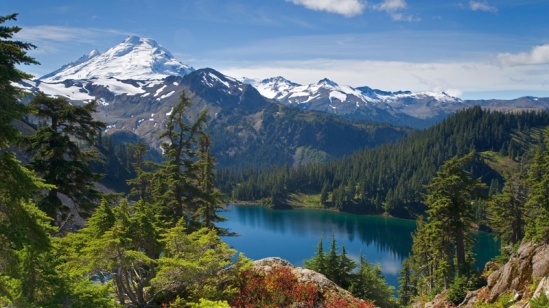 Disaster! The private jet carrying you and your promising but ruthless protégé has flown through a swarm of angry ducks, blowing out the engines! In a terrifying blur, the metal tube has plummeted to the ground and crashed in the middle of Endor/a large forest, a hundred miles from anywhere. Upon waking, the first thing you see is the dead pilot (because when do they ever survive?); the next is your protégé running at you with the fire axe that all jets definitely have aboard. A minute of dodging, screaming, and appealing to what little humanity still resides in this rabid stockbroker/your daughter’s gold-digging husband leads you to a fall over the inevitable cliff edge into the even more inevitable fast flowing river. Thrashing, swimming, and not breathing water eventually saves you and you emerge from the water miles downstream with one singular thought: you have to get the holy hell out of there; also why do jets have axes; and also are there bears in this forest; additionally, did you remember to insure the jet.

Note 1: You are wet. In your fright and rush of adrenaline, this might not seem too terrible. It is. It is terrible. Night will soon come and even if you are lucky enough to have crashed somewhere decently warm during the day, wet clothes at night will be bad.

Note 2: First things first. Drink plenty of water from the clean river and collect any if you happen to have a container. Take a swig from your hip flask you think is secret but everyone knows about for warmth, then empty it and fill it with water. Avoid standing or slow-flowing water, as it will possibly kill you. If it is standing up, it may be sentient. Boil water where possible, collect rain and dew, tie a plastic bag around something nice and leafy and collect its sweat.

Note 3: Second things second. You need to find somewhere to spend the night so you can recover and set out at first light. The plane would have been a decent prospect if it weren’t for the madman who wants your head and subsequently your job. Head for higher ground. Ideally, you want to find a balance of natural shelter from the elements and distance from natural dangers such as falling rocks, branches that may fall on your sleeping head, cougar nests, etc. Go higher to avoid flash floods and mole people.

Note 4: You need two things to stay alive and dry out overnight: shelter and a tumble dryer. Failing the latter, a fire will suffice. Use branches against a boulder or tree to create a lean-to, then use smaller sticks and branches to fill the gaps. Finally, use moss, grass, leaves, etc., over the top of it all, cementing it with mud or clay if possible (be careful not to make it too heavy). Now coat the inside floor with more branches and leaves/moss/grass so that you won’t be sleeping on the cold, damp ground. Also hope lightning doesn’t hit the tree.

Note 5: Build the fire. If you are a man, society would have you believe you should inherently know how to do this; if you are a woman, society would have you believe you’re &%$! out of luck and should find a man. They’re wrong. You’re a Hero: you either know it all, or you know nothing but it magically works anyway. Unless everything is wet. Then you’re &%$! out of luck. Place a larger log or two on the ground, which you have cleared of anything that will catch fire and spread it, and away from same. Place tinder – dry grass, leaves, moss will do – between the logs and have small twigs ready.

Light the fire with your lighter, laser eyes, lesser arcana, dragon’s breath, or matches. Failing this, do you have a battery you can short with steel wool? Why the hell not? Flint and steel? Something like glasses to harness and concentrate the sun’s mighty power? Well, then it’ll have to be the drill method. Get a straight stick and either cut a notch in something big, like a thick branch, or gather heavy rocks to fashion a slot that the stick can go through. Place your tinder in and around the notch or under the slot, followed by the stick, which you will roll quickly and smoothly between your hands to create friction at the tip. Better still, use your shoelace and a bendy stick to make a bow. Hold down the straight stick with a rock and use the bow to spin it.

As the fire catches hold of the tinder, help it to spread throughout with gentle blowing. Stack small twigs over the logs and tinder, allowing room for oxygen. As the fire grows, add larger twigs and sticks. Eventually, you will be able to add larger logs. Dry thine clothing.

Note 6: Eat edible plants. Don’t eat poisonous plants. Dandelions are edible, so are lettuces. There is usually no need to go after animals, but you are unusual and the Hero. Fashion a hunting bow. Mine nearby ore, smelt, blacksmith. Forge a mighty sword. You will probably need it for that bear of unusual size and aggression who has caught your scent and is hunting you for miles upon miles entirely against its nature. Also the protégé who went mad with bloodlust surprisingly fast – remember him? Perhaps the two problems will take care of each other at the last moment.

Note 7: The bear is Man’s greatest foe. When Man is faced with a hungry, angry bear, anyway. Do not attempt to cuddle it. When you finally come to the final showdown with the bear, do not try to run. That is cowardly, and also it will outrun you. Assess what kind of bear it is and recall the different approaches that you memorised for no reason:

Naturally, this is a merciless killing machine that wishes to feast on your insides, so your only option is to fight. Use your sword. Good luck.

Note 8: If you are still alive, it means your protégé conveniently attacked you at the same time and is now in the bear’s stomach and it no longer cares about you. Now you can concentrate on being rescued. Find north by pointing the hour hand of your magically-still-working watch at the sun. The midway point between the hour hand and 12 is south. Hopefully you will have memorised a map and this will be helpful. If you intend to try hiking out, go back to the plane and build an arrow in the direction you are heading, using stones and stuff. Now that the bear and protégé have been fought, however, rescue should be arriving any moment.

Note 9: If the forest canopy is particularly thick and the rescue planes and helicopters won’t see it, head again for high ground. Find somewhere high and clear of trees. You can build a signal fire here and it will look particularly dramatic when you are rescued. The signal fire will be built the same way as the campfire, but…bigger. When you hear an aircraft, pile on anything that will make smoke. Technically, you could also use the signal flare from the jet.

Note 10: Remember to collapse to the ground laughing like a cringe-inducing idiot when the helicopters swoop in. 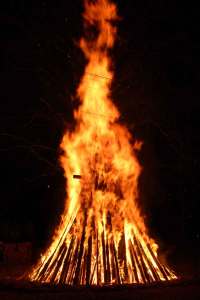 Congratulations: Nature are stupid and you is smart; killer bears are laughable and nobody laughs at your jokes. Your daughter will be happy to hear that you helped a bear eat her gold-digging husband who tried to chop you into firewood. You’ll return home realising there’s more to life than money and you’ll live life to the fullest from now on. Except the after-credits scene shows the bear coming across your address book in the plane’s wreckage: It will find you.

Next time on A Writer’s Guide…something else!

4 responses to “A Writer’s Guide to…Surviving the Wilderness!”